It depends on a number of factors, also how much does billboard advertising cost? Among these factors are the location, visibility and the duration of the campaign that you are going to make. 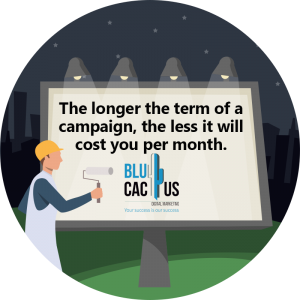 For example, it doesn’t cost the same to have a billboard in Los Angeles, San Francisco, California as it does to have it in Dallas, San Antonio, Houston, the cost depends on a lot of different things that can represent an important factor for its success.

In this article, we will explain the factors in-depth for you to understand way better. In addition, we will give you all the tools needed to create the perfect billboard outdoor ad for your business and to have the highest rank of positioning and acceptation of the consumers.

What is the design of a billboard?

Properly planned, a billboard is a smart investment. You can increase your sales with outdoor advertising. However, if you do it incorrectly you can also lose money. Know the right strategies to achieve all your business goals. Create the best marketing campaigns in all of the USA, from Los Angeles, San Francisco, California to Dallas, San Antonio, Houston all the way to New York… 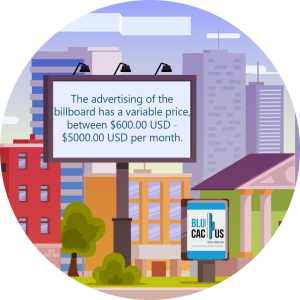 Find the right price for your outdoor advertising

We will answer a variety of questions to give you the answers you need. Do you want to know how much does billboard advertising cost? It’s a variable price. The range is between $1,500 USD – $50,000 USD per month.

This is a very open range, so you should know how the final price is determined. Do you want to know the design price of a billboard? Do you know if it’s the right type of marketing for your business?

All you need to know 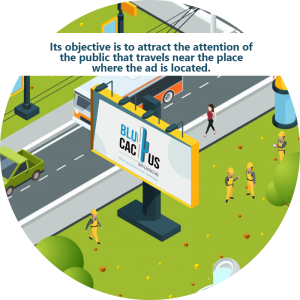 In this article, we will explain everything you need to know. The billboard consist of massive outdoor advertising. What is the purpose of billboards?

Its objective is to attract the attention of the public that travels near the place where the ad is located. For example, by a certain street or highway.

As the name implies, outdoor billboards are found outdoors. You can find them in Los Angeles, San Francisco, California,  Dallas, San Antonio, Houston. To fulfill their function, billboard images are used to capture the public’s attention instantly.

Now, are billboards good for all types of business? How much does it cost to rent a billboard and design the ad? There are two important factors to consider. First, the ad design. Second, the rent of the place where this ad will be placed. Considering these two factors we can calculate the profitability of this type of marketing campaign.

Determining How much does billboard advertising cost 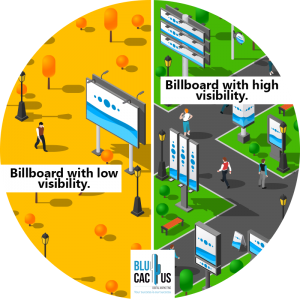 When it comes to advertising, there is only one truth. Everyone wants the best for their money. That is, spend as little as possible to earn as much as possible. The difference between a successful campaign and losing money is in every decision you make. Promoting your business in a smart way is the key to success.

Effective advertising drives your business and increases your income. On the other hand, poorly targeted campaigns only make you spend and spend without seeing any advantage.

For this reason, the first question that a business owner asks before starting a marketing campaign is always the same. How much is billboard rental cost? This is a clear and concise question. However, the answer is not as simple as the question.

The complex cost of the billboard

Knowing how much it costs to rent a billboard is complicated and depends on different factors. Not all billboards cost the same. There is a wide variety of factors that change the price. So, to determine how much Billboard ads costs, there are other questions we must ask ourselves first. There are variables that determine the price of publishing your billboard on a specific billboard. 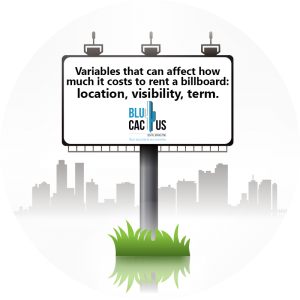 Although there are several variables that can affect how much it costs to rent a billboard, it’s easy to remember the 3 main ones: location, visibility, term.

Next, we will analyze these three factors in more detail so you can know how much is billboard advertisements. This will be very useful information for your business.

In large cities with more inhabitants, the ads have more visibility, so the rent is more expensive. Let’s talk now about the visibility factor of outdoor advertising. 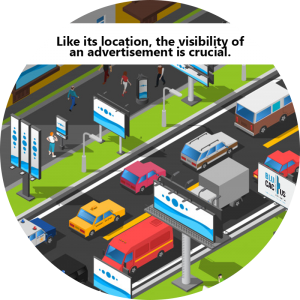 Like its location, the visibility of an advertisement is crucial to know how much it costs to rent a billboard. As a general rule, the closer to the road there is a billboard, that is the more visibility you have, the higher the price. On the contrary, the further behind the road is the billboard, the less expensive the rent. At least generally.

This makes perfect sense when one of the most frequent problems facing the design of a billboard is considered to be the readability of the text. By placing your ad very close to drivers and pedestrians, the fundamental problem is eliminated and they are allowed to read the text more easily. 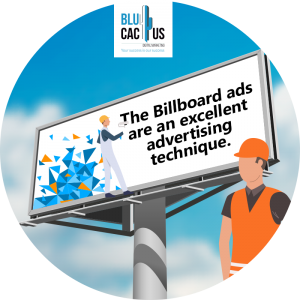 However, there are benefits in outdoor advertising in billboards with high and low visibility. This is the reason why you have to know how much it costs to rent a billboard. Let’s give an example, let’s think about a certain business of great size and importance.

This business has published advertisements on high visibility billboards for years. For them, this strategy yields huge dividends. Being loud and flashy, and putting your mark so everyone sees it in highly visible places is a sure way to get attention.

On the other hand, there are other ways to do marketing. If your billboard layout is simple and you don’t have too much text to read, the less visible places can work wonders. How much does it cost to rent a billboard? It depends on your needs. If the design of your billboard consists mostly of images, it really doesn’t matter much how far you are from the road.

How much does billboard advertising cost? Know the duration of your campaign 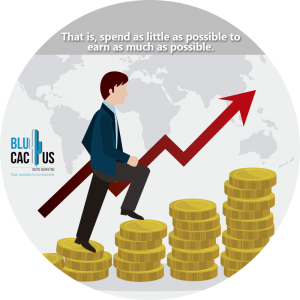 The term simply refers to the duration of the campaign in which a company will use a specific billboard. In this term, we find the only variable that companies can easily control to determine how much it costs to rent a billboard. How much does billboard advertising cost?

The location and visibility of a billboard are constant, but you, the advertiser, have full control over the duration of the campaign. And it’s important to know that the longer the term of a campaign, the less it will cost you per month.

How does it work? Suppose your business found the perfect location to publish its best and latest outdoor billboard advertising. Based on other factors, it usually costs a certain amount per month to be able to publish your ad on the spot. 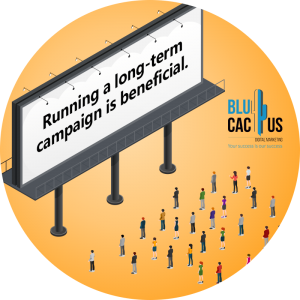 However, if you publish the ad for 12 months, the rent may cost 25% less. These price differences change from one billboard to another. Even so, it’s a factor to consider to know how much billboard advertising costs.

In general, running a long-term campaign is as beneficial to the exhibitor as it’s to the billboard owner. How much does billboard advertising cost?

For the advertising business, long-term campaigns mean greater exposure, which leads to the brand staying longer in the minds of consumers. It’s about doing the right thing for your business and making the most of the money invested in advertising.

Other factors to consider 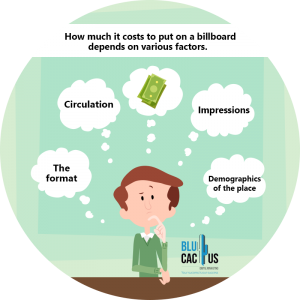 You should also think about whether the billboard rent includes the canvas because if the canvas is included it can cost more expensive.

The season is relevant as it includes protection insurance against storms and other situations that could damage your ad. When insurance is included it may be more expensive at the beginning but in this way, you can protect your investment.

How much does billboard advertising cost?

There are different types of billboards. How much does billboard advertising cost? A very common question for a business looking to advertise. How much it costs to put on a billboard depends on various factors. For example, the format, circulation, impressions, and demographics of the place. 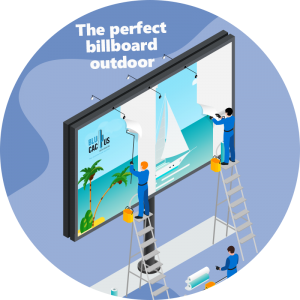 Among the factors that tell us how much billboard advertising costs, we find the size and location, also, in addition, runtime duration, and location are included.

It’s also important to know if the ads will be lit or not because in the end, how much it costs to put on billboard costs vary. However, billboard ads will continue to be an excellent advertising technique. It attracts the attention of many demographic groups and market goals. 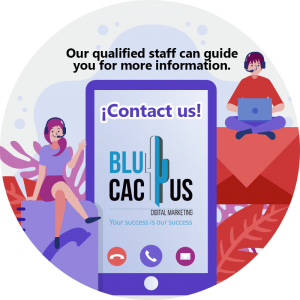 What are the conclusions?

How much does billboard advertising cost? It depends. First of all, it’s good to know that the location, visibility, and term are the 3 key factors that determine how much it costs to rent a billboard. Understanding how each of these factors enters the price equation helps you be better informed.

Making the right decision for your company is the difference between success or failure and we adapt to your budget so that you reach your market efficiently and profitably, so contact us today for more information.

Quote your project to create your billboard advertising
to increase your audience and sales today!