Does it make sense to do marketing with Pinterest? Some consider it a useless pastime However, there are companies built from scratch thanks to Pinterest. Is it worth including it in your marketing strategy? Let’s see it together, analyzing the numbers, the pros, and the cons.

On April 18, 2019, Pinterest went public. He handed over a folder with a lot of data. They told him that their shares would sell for a ton, then they got up, then they went down.

All at the end of a year full of good news: in 2018 Pinterest recorded the highest growth in users since its creation. Because of that, it was full of advertising. Therefore, there were lots of advertisers ready to spend their money on it.

What does all this mean for us? Should we start marketing with Pinterest? Start promoting ourselves as pinfluencers? Can you live on mood boards alone?

Pinterest is the sticker album of those who marry. Those who have to furnish the house. Those who are about to have a child. It is the place where the professional procrastinator escapes. Where those who run away from data entry go. Where those who, while putting the children to sleep, manage to scroll on the screen without the two operations coming into conflict. 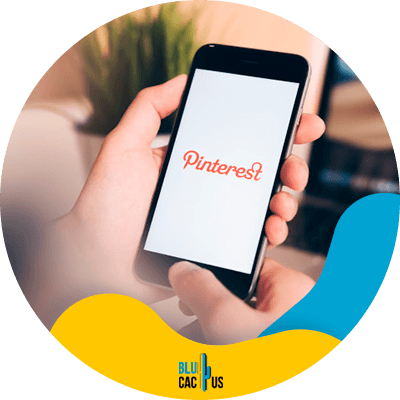 The procrastinator, the fugitive, and the sleeping parent have one thing in common. They want to think about the delicate bunches of peonies they won’t buy. The rubber stamps they won’t self-produce. And, the geometric shapes according to which there will be no set up of paintings in the living room. Also, to think about it denying the evidence, arguing that they will soon put into practice the good intentions they are saving with such precision and organization. Next Sunday, if the world falls, they will build a terrarium.

Pinterest works a bit like Google, with one big difference. It is able to understand what you like and offer you images that are compatible with your tastes. As you create your Pinterest boards, it learns which style you prefer. So, it makes it clear to you, too. Your search becomes more and more precise and vertical, easier to do, and satisfying to look at.

Since its foundation, Pinterest has been careful not to define itself as a “social network”. So, productivity tools and media-rich utility are the words that its creators use to describe it. Thus, making it a competitor of both Google and (and increasingly) Instagram. But the most insightful definition of Pinterest in my opinion is that of “The Atlantic”, which calls it a “database of intentions “. That from the point of view of those who use it for marketing is both a good and a bad thing. Let’s see why. 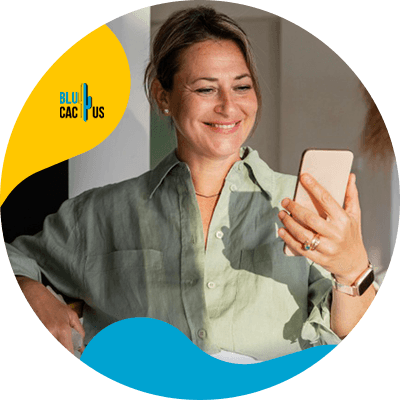 Many think of it as a useless pastime. However, there are companies built from scratch thanks to Pinterest. For example, Moorea Seal started there. At a time when we need to look for new ways to bring people to proprietary channels, this is one of the channels to evaluate.

Pinterest’s audience is, in a nutshell, wealthy millennial mothers. Many of them use it as part of a buying process. First, they discover new brands and inspirations. They make bulletin boards that look more like shopping lists than mood boards.

Then, while they are in the store or while looking at the catalog of e-commerce, they open the message boards to make comparisons. And, after the purchase, they reopen Pinterest for more information. 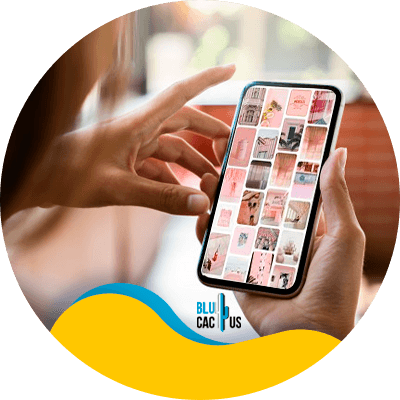 One of the best examples on Pinterest for E-Commerce is:

eWorldTrade.com the account started in December 2020 and has earned more than 72k views in a short span of time.

But a Facebook user in the international market – that is, the whole world except the US – generates an average of $34 a day. On the other hand, an international Pinterest user generates $0.09 a day.

Does it make sense to include Pinterest in your marketing strategy? To find out, you have to answer two questions. The first is: what do you do? 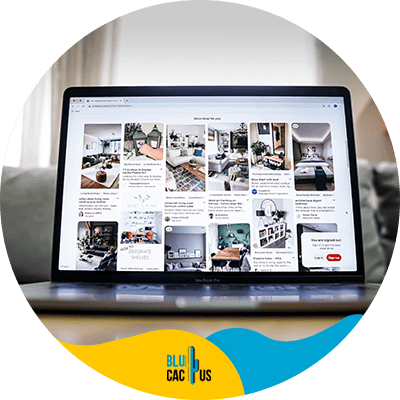 If you are into food, weddings, tattoos, handmade, graphics, illustration, interior design, and fashion you are in the right place. Pinterest works well for very specific sectors. It all boils down to two criteria:

As if to say: Do something photogenic well. Otherwise, invent images to associate with what you do – but without getting too carried away. The aim is not to spread images at random, but to lead people back to you. In other words, to make them come to want to visit your site.

All the others are out of the banquet. Anyone who sells services that have nothing to do with aesthetically pleasing images is out of the loop. The only way for this type of business would be to produce interesting infographics, but if we are talking about micro-companies, the investment is difficult to justify.

Because, as I said, there are two questions to answer. And the second is the most important.

Are two taps a lot or a few? 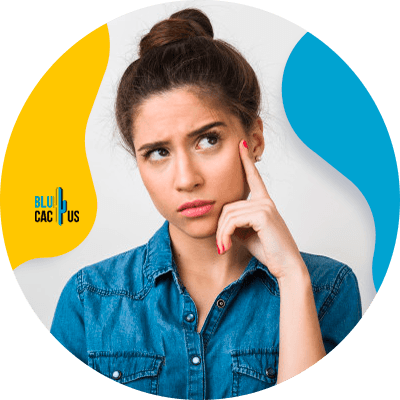 The second question to answer is: how strong are the intentions of whoever pinned your images?

First, yes, because if the sense of Pinterest is to bring traffic to the site, then after pinning them your images must also be open. That is, the people who have saved your images in their mood boards must really want to understand where that comes from.

For those who have a recipe blog, this is not a problem. I see the photo of the cake, I save it because it is wonderful, but it is not enough. I really want to do it, just two taps are enough to take me to the source.

Two taps are also enough to take me from the pin of the author’s press to the site that sells the print in question. It does not matter that the author print has been repinned a million times. If there is nowhere to put it, no one will bother to really understand where it comes from. The image of the print is enough. Seeing it pinned on the right bulletin board is satisfying enough, there is no need to have details about its author. And if you are the author, this is bad news. 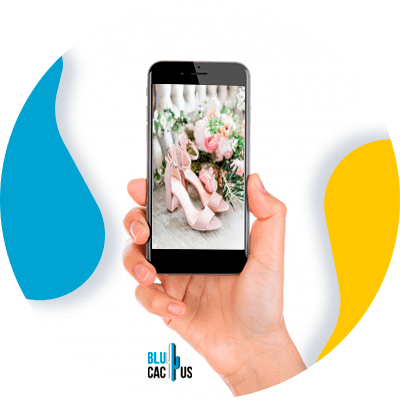 In this sense, the fact that Pinterest is a “database of intentions” is a problem. You can’t count on “I wish, but I can’t” to pull people in. And if other social networks – Instagram among all – produce the same effect, at least elsewhere the images do not take over their source.

On Instagram, I see an illustration that I like. Then, I follow the illustrator who created it and from then on, I discover more and more of his world until I remember his name. Finally, I can, for example, recommend it to others.

On Pinterest, the illustration enters my mood board without my bothering to know that there really is an illustrator who created it and sells it. The source stays by the link, potentially more important than a follow because it is clickable but hidden, completely useless if no one feels the need to make two taps. 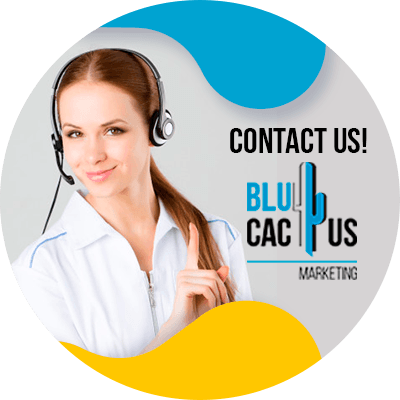 This result is not accidental. It is one of the consequences of the positioning of Pinterest, which as I said has always been careful not to define itself as a “social network”: productivity tools and media-rich utilities mean, among other things, that Pinterest is not used to connect people to each other but to help you find things.

On Instagram, you can find the author’s press, and you are encouraged to visit his profile, then to follow him. However, on Pinterest, you can find the print, and you are encouraged to save it on a bulletin board, then to save other similar ones that are promptly suggested to you. Do you want to save them on your computer and print them for your own business, forgetting their author forever? Doing so is incorrect, but also quite easy.

This is why Pinterest is often used (like Google) as an image source – literally: you know all those photos with the caption “source: Pinterest”? If the images (and not people or brands) are at the center, if the appearance is that of a search engine (and not a social network), if the captions can be changed at will, use your own content to talk about self and promoting your business is more difficult than anywhere else.

Natalie French born and raised in Uk, She considers her faith and family to be most important to her. She spends time Writing Blogs, articles, and facts you can almost always find her in tech blogs and the latest articles

Quote your project to let us create your Digital Marketing project to increase your audience and sales today!

Don’t even lift your phone! Here’s how to upload photos to Instagram via your PC

Website Vs. social media: do I really need a domain?
0 replies

Beginners Guide to Backlinks In 2021

Pride yourself on how others see you! The importance of a good online reputation...
Scroll to top