How much does it cost to get a permit for the installation of billboards? In the United States, many criteria determine the price of permits for the installation of billboards. Particularly, this is because of the different conditions of decentralized character imposed by the federal laws. Their very essence attributes specific regulatory conditions for the effective achievement of the application in this type of permit. Where the absolute authority falls on the competent legislative bodies or city councils of the state or city where both you and your company are located and, therefore, wish to operate.

At the initial level, the management of this document falls within the ownership level of the entrepreneur. That is the physical authority that the applicant has over the installation, which will support the billboard. Thus, the permit for the installation of billboards will only be a valid requirement when there is no ownership relationship between both elements. Likewise, the legal regulations consider five parameters that define, in addition, the final fee to be paid. This set of variables must not only be taken into account before the formal permit application process. You must declare them to the reviewing body for the exact verification of the physical legality of the instrument.

The application for a permit to install billboards in the United States: What is the procedure and what are its basic features? 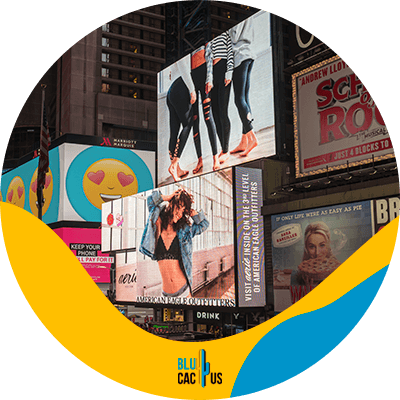 Likewise, the permit application process is in person at the physical offices of the city hall. Also from the federal entity, community development or municipal planning as appropriate.

In contrast to other continental markets, the U.S. permit administration has a strong presence in Local SEO. This allows the entrepreneur to always identify the corresponding office from a web platform. You must make the application for a permit at least 45 working days before the event to be promoted. Or, this figure rises to a recommended total of 90 days when the event has national or international characteristics.

Factors that influence the price and fees for the management of a permit for the installation of billboards. 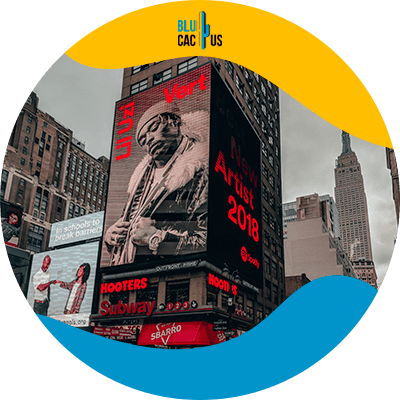 As a single criterion, the authorities require that the conceptual presentation of the banner must be pleasing to various types of audiences.

While other legal measures may vary by municipality, the following criteria, because of their level of frequency, can be average-range statutes.

The larger the size, the higher the price. This is generally understood as a relationship of direct proportionality. In large cities, there are regulatory measures regarding the minimum and maximum size of billboards according to their categorization.

The time of exposure has a significant influence on the amount of financial resources to be canceled. Other variants of applying for a permit for the installation of billboards involve a controlled period. That is, the local government may have the power to dictate the length of time that the advertisement may be displayed. Indicating for this the start and removal dates of the advertisement.

This criterion refers to the positional relationship of the advertisement with the physical structure of the city. This characteristic is usually determined by the nature of the urban element to be chosen. Certain buildings may change their price depending on whether they are in the center of an urban nucleus or its periphery. Likewise, the city council considers necessary the declaration of other spatial variants such as squares, electric poles, fences, and any other means capable of acting as a support element. 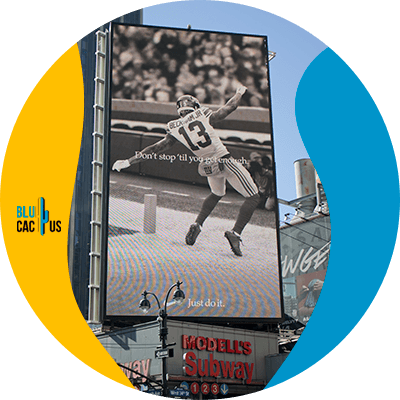 This area refers to the strategy or method to fix the physical apparatus in the target structure.

In some cases, this method is associated with the time of permanence in place.

Otherwise, installation strategies are according to how they are indicated by the company offering the service.

In each case, this reality must be notified to the municipality.

Important examples of the legal framework in the United States according to the most important cities nationwide.

Based on all the above facts, the reader needs to become familiar with the different urban legal guidelines. To facilitate this, the following notes consider the legal elements of three major cities in the United States. The reader will notice how applying for a permit for the installation of billboards will change according to the type of city. Likewise, what happens to the main commercial function that characterizes each of these urban centers. This usually refers to criteria such as event promotion, branding, business openings such as automotive, home, and entertainment. 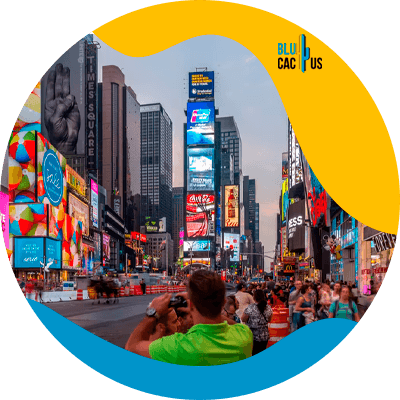 As the most populous city and the one with the most commercial activity in the nation, its codes for applying for permits for the installation of billboards are usually very strict. Specifically, two legal entities are in charge of administering such promotional tools.

Through the latter, the government extends regulated priorities to the aesthetic realm. All of which influences its subsequent pricing. 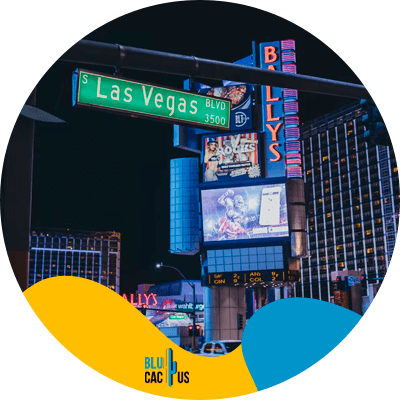 This urban center surprises for its particular landscaping of high visual dynamism. This feature increases competitiveness in terms of branding, which implies the use of high-profile creative advertisements.

In this region, specific mechanisms govern the prices of permits for the installation of billboards. Basically, because it is enclosed in what refers to the branch of promotion or OOH marketing, for its acronym Out Of Home. For this area, Las Vegas municipal regulations establish specific prices for three fundamental categories.

In the first of these, they regulate advertisements according to their relationship to the area. In a classification called Special Control Areas, this involves the importance that a particular city site possesses. Other types of advertising are those of presumed consent, which largely do not require an extensive level of registration. In certain cases, the state government of Las Vegas reserves the right to issue “Discontinuance Statements”. 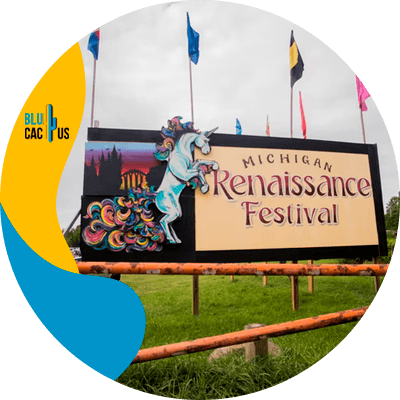 In that city, the Construction Permit System (CPS) manages the permit for the installation of billboards.

The public gets offered the possibility of applying for such documents via the web through the MDOT Permit Gateway.

These include sketch description, minimum height, and required dates of installation.

The Highway Beautification Law and its participation in the management of advertising in rural areas or interurban highways. 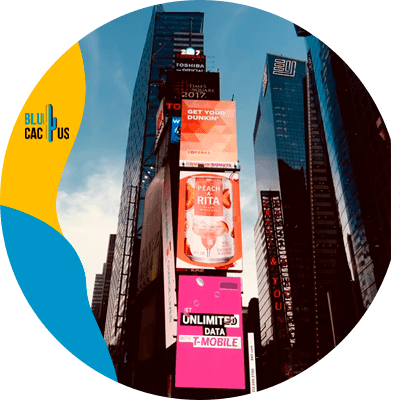 In addition to the major urban centers and cities of the United States, the advertising industry has another notable spatial aspect. This is the promotion of advertisements on avenues and state highways. These are traffic arteries that occupy the external and rural areas and which, to a large extent, connect the entire national automobile fleet by land. For the correct management of advertising in this area, the Highway Beautification Law establishes specific controls for the application of a permit for the installation of billboards. The three regulated criteria refer to aspects such as the lighting incorporated, the size of the advertisement, and the space to be used.

This initiative, which is still in force today, began in 1967. At that time, the Federal Highway Administration promoted the need for such an effort. The management got carried out progressively according to the state level. Thus, the first agreements for the legal configuration of a permit for the installation of billboards dated June 28, 1967, by Vermont and Rhode Island. The process continued nationally for a decade in its entirety until it ended in the state of Texas. The latter by May 2, 1972.

Other important notes on the outdoor advertising market in the United States justify the importance of this type of advertising. 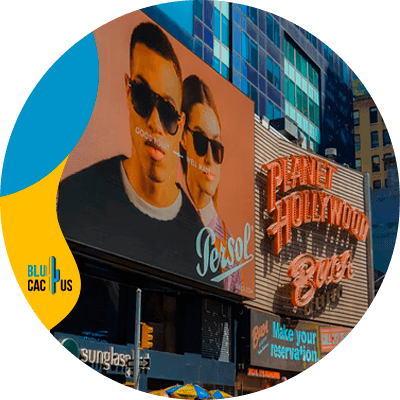 U.S. brands, in particular, have proven a high level of expertise when it comes to the use of offline advertising. No single permit for the installation of billboards will guarantee the success of a campaign if it does not have a strong creative field.

In the United States, this implies that a professional team must advise every brand. Thus, contemporary digital marketing agencies offer entrepreneurs such a range of possibilities. In addition, there is another type of data that justifies such facts.

Thus, the various applications for permits for the installation of billboard advertising form an active and growing market in North America. According to the Out of Home Advertising Association of America (OAAA), billboard advertising recorded its fastest-growing years between 2018 and 2019. In total, that organization makes a list of 100 powerful brands in the market. Out of this entire dataset, only five of them are in the top spots. Facebook, Amazon, Apple, Netflix, and Google are the companies that correspond to it. All these advertisers add up to an average of 25% of tech companies in the United States that resort to offline advertising for their promotion.

How and in what way can BluCactus’ outdoor advertising services help with my company’s visibility? 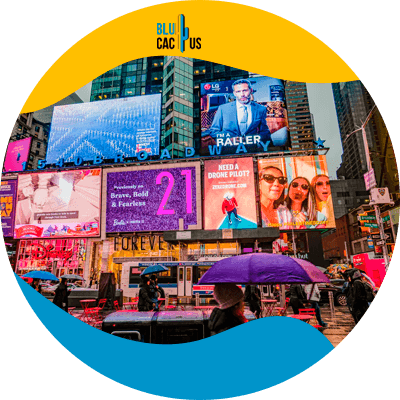 At the national level, the BluCactus agency has its offices located in Dallas, Texas. We based this choice entirely on marketing criteria. This population center is in the ninth place of the most populated cities in the United States.

Its industrial preponderance and its characteristic connection with the rest of the cities allow our team to reach wherever you require. At the initial level, through our services, you will be able to have advice on how to apply for a permit for the installation of billboards.

With BluCactus, you will not be alone in the permit application process. We will resolve your doubts and study the legal framework. This is so that your company and your products can fit within the framework of legality before the federal authorities. Likewise, our advisory coverage for the permits for the installation of billboards has a national scope. Our team also has ten years of experience in the advertising field. This, in turn, guarantees the solidity and effectiveness of its terms of work.

Final Notes: BluCactus is your best option for panoramic advertising campaigns for both the United States and the rest of the world.

Beyond the legal and juridical scope of a permit for the installation of billboards, our services offer integral attention. This involves several phases of the design of your advertising positioning strategies, such as design selection, commercial planning, and logistics. As well as the construction and assembly of the panoramic system. For this, we can assist you by videoconference or by a face-to-face interview at our offices in Dallas, Texas.

From our experience, we know that marketing in all its forms and, to be effective, must rely on communication through creativity. Therefore, all online advertising campaigns that our team can design for you get characterized by a high added value. This will allow you to differentiate yourself from your competition. For more information about the process of managing a permit for the installation of billboards, we invite you to subscribe to our weekly newsletter. We also invite you to follow us through all our social networks. So what are you waiting for? Contact us today and we will show you all the information that your company requires and surprise you with what our experts can do for you!

Unipole advertising: Advantages, types, and all the reasons why you should use it.

How much does it cost to advertise through a Bus Stop Shelter Ad?

How much does billboard advertising cost?

How to apply for a land-use permit in the United States?

How to make a successful fashion campaign?

9 e-commerce strategies for your fashion business
Scroll to top